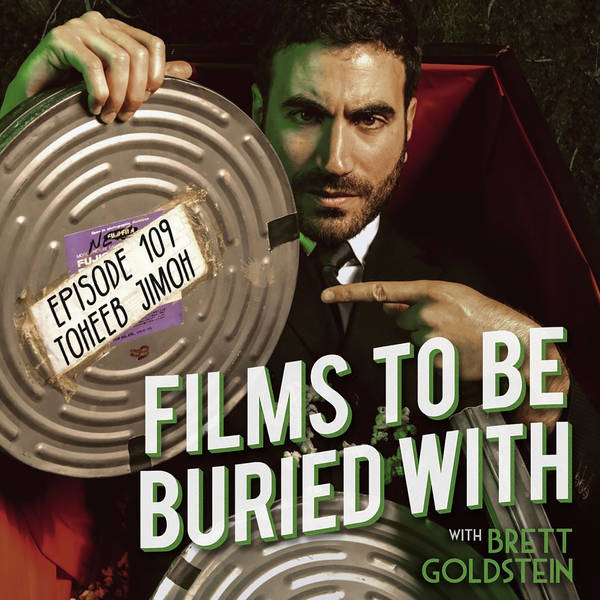 Toheeb Jimoh • Films To Be Buried With with Brett Goldstein #109

LOOK OUT! It’s only Films To Be Buried With! Join your host Brett Goldstein as he talks life, death, love and the universe with the already legendary actor and Brett’s starring partner in Ted Lasso - it’s TOHEEB JIMOH!

A perfect opportunity to meet Toheeb, if you are yet to be familiarised with his work - this is a wonderful get together with he and Brett, which goes into his acting career so far from being young up to, well, still being young (but having had a good few proper roles on his resumé!). Of course you can catch him in the new series TED LASSO, where he and Brett star alongside one another, but you can and should also peep his work in the incredible ‘Anthony’ (linked below). But to focus on this podcast at hand - hear all about those two roles right there, as well his experiences in acting pre-mid-post lockdown, Fifa-inspired deaths and glories, and a nice amount of lawsuits racked up by he and Brett throughout. Awesome. ENJOY!