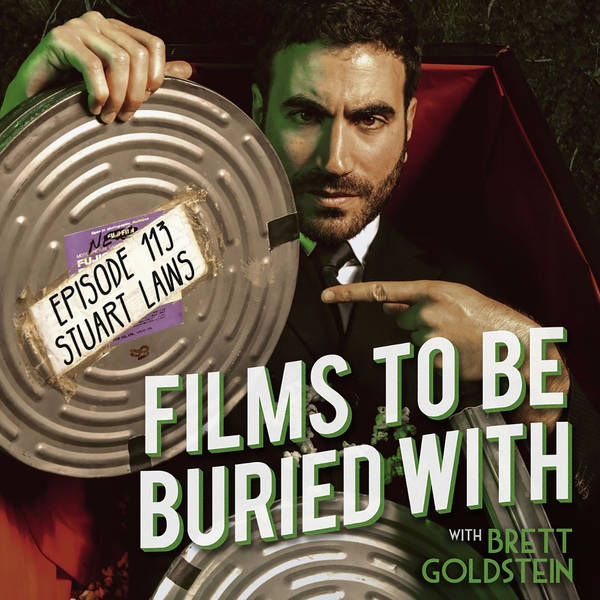 Stuart Laws • Films To Be Buried With with Brett Goldstein #113

LOOK OUT! It’s only Films To Be Buried With! Join your host Brett Goldstein as he talks life, death, love and the universe with the multi-faceted diamond STUART LAWS!

Multi-faceted, as you will hear from Brett’s intro, by way of having multiple fingers in multiple cake and pies - but for the most part as you will also hear, the foundation is all things funny. Bear in mind that this was an episode recorded before lockdown was a fully functional thing in society, so podcasts were still often being recorded in person in the same room. Something that we don’t hear so often these days - but it’s worth pointing out, just for sake of context. You’ll have a good time with this one, as they go into the whole lot - spirituality (which take a nice debate turn), nihilism, regrets… And that’s for starters! Enjoy the face to face chat goodness of Brett and Stuart Laws!