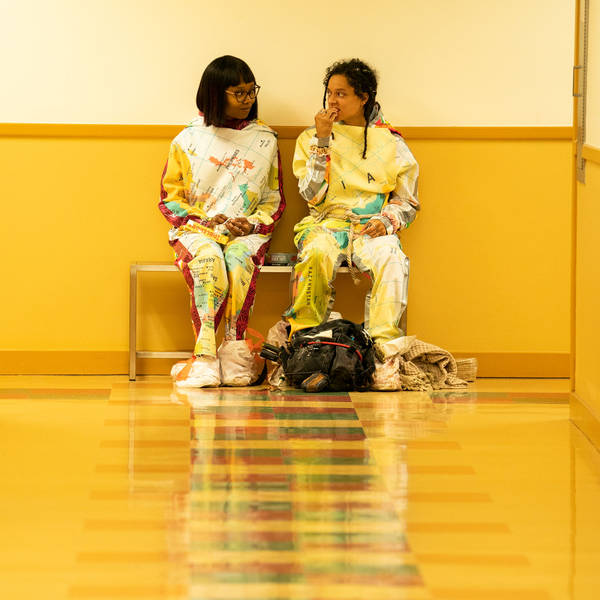 322: Should You Search For Utopia?

We're thrilled Devindra could step over from Engadget and Slashfilm to talk to us about Utopia, Gillian Flynn's reimagining of a belovedly culty UK original. Sarah was less thrilled by the show itself, which she's probably bailing on after only two episodes, but the rest of the panel had good things to say about the story, the acting (especially John Cusack), and how fundamentally weird it is that Amazon chose to release Utopia anyway during All Of This. After a trip Around The Dial with Enola Holmes, Julie And The Phantoms, The Legend Of Korra, 30 For 30's new Oscar Pistorius deep-dive, and Dave's long-awaited Cobra Kai review, we took the correct train to Coney Island for Whitney's Canon presentation on the Mr. Robotpilot. Christine Baranski won, tight pants lost, and Game Time put a song in our hearts. Put down those raisins and cue up an all-new Extra Hot Great!

The EHG gang have been recording this podcast for almost a decade now. In podcasting terms, that makes us positively Methuselahian. Since the start of EHG, our listeners have asked if we had a tip jar or donation system and we'd look at each other and say surely that is a joke, people don't pay other people to do podcasts. We'd email them back "Ha ha ha, good one, Chet" and go about our business. Now we are told this is a real thing that real nice people do. Value for value? In today's topsy turvy world? It's madness but that good kind of madness, like when you wake up at 3:15am and clean your house. Or something. In all seriousness, we are...