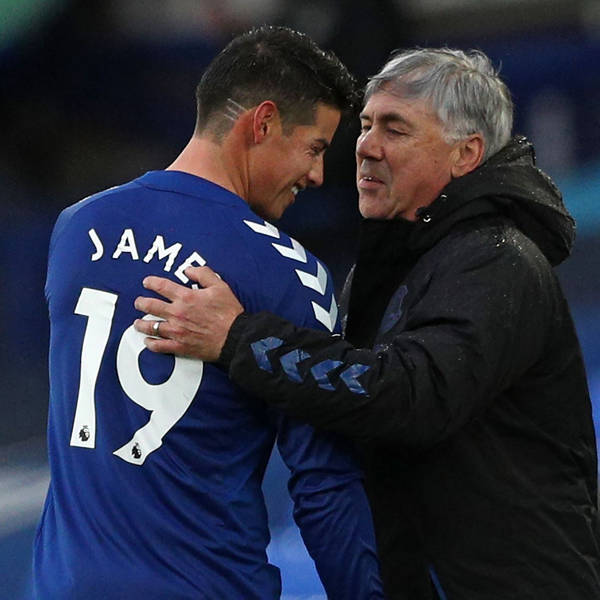 Royal Blue: Carlo's 'cute' James play to take spotlight off Pickford but has he made the right call for Southampton?

Phil Kirkbride is joined by Adam Jones, Dave Prentice and Gavin Buckland for the Friday edition of the Royal Blue podcast and they start by discussing the big news from Carlo Ancelotti’s press conference that James Rodriguez could actually be fit for Sunday’s trip to Southampton after all. Earlier in the week Everton boss Ancelotti had cast doubt on the Colombian’s chances of featuring at St Mary’s. So in retrospect was it all a clever ploy from the wily Italian to take some of the spotlight away from Jordan Pickford? The Blues goalkeeper has come in for all sorts of criticism following his challenge on Virgil van Dijk in the Merseyside derby. But has the reaction, both on social media and in the mainstream media, gone way over the top? The panel discuss that as well as Ancelotti’s decision to keep faith with his under-fire number one for the clash with Southampton. There’s also talk and condemnation of plans for a European Premier League and praise for the incredible work Manchester Untied striker Marcus Rashford is doing to ensure children have access to free school meals over half-term. Plus there’s a quick plug for Prenno’s brilliant new Everton book, which you can order by clicking on the link below, and which we’ll soon be focusing on in a special podcast. Have a good weekend, Blues!