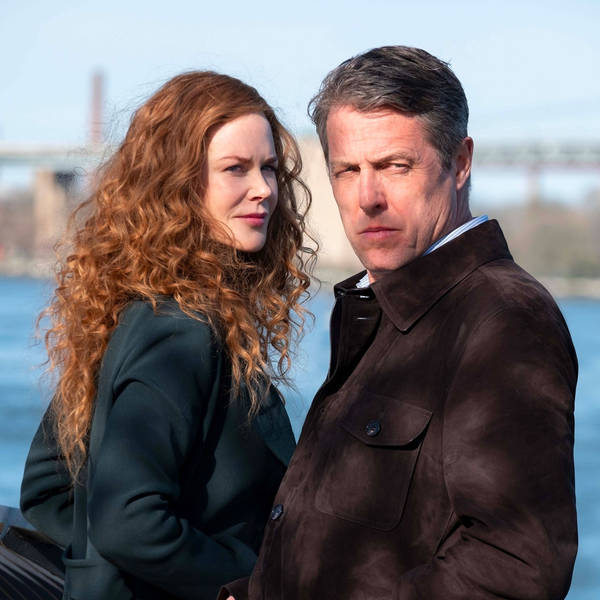 326: Unpacking The Undoing or Too Many Butterflies

What if Big Little Lies, but in New York City and with no point? That's kind of how Emily and the regulars all felt about The Undoing, the latest Nicole Kidman-David E. Kelley collaboration for HBO; we admired the workmanship, while not really understanding what sets it apart from BLL (besides the quality of the wigs), or buying Kidman and Hugh Grant's chemistry. Will any of us be successfully cliff-hung into watching all six episodes? Later, we investigated Around The Dial with stops at Archer, the new Supermarket Sweep, Revolutionary Girl Utena, The Morning Show, City So Real, and The Queen's Gambit, before location-scouting "Domestic Survivor" for Don's Extra Credit. Emily hoped the signal-to-noise ratio of a fourth-season Halt And Catch Fire episode would be good enough to connect it to the Canon. Stath Lets Flats won, Quibi lost, and Game Time proved a severe insult to the brain (and other things). Quick, look hunted! It's an all-new Extra Hot Great.

The EHG gang have been recording this podcast for almost a decade now. In podcasting terms, that makes us positively Methuselahian. Since the start of EHG, our listeners have asked if we had a tip jar or donation system and we'd look at each other and say surely that is a joke, people don't pay other people to do podcasts. We'd email them back "Ha ha ha, good one, Chet" and go about our business. Now we are told this is a real thing that real nice people do. Value for value? In today's topsy turvy world? It's madness but that good kind of madness, like when you wake up at 3:15am and clean your...