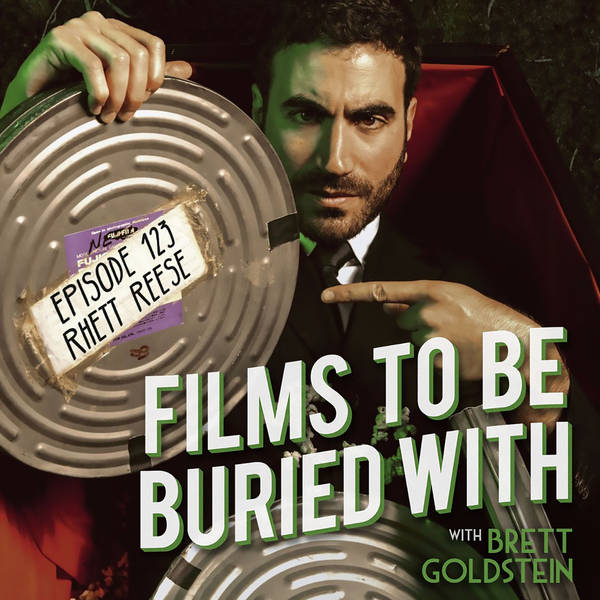 Rhett Reese • Films To Be Buried With with Brett Goldstein #123

Join your host Brett Goldstein as he talks life, death, love and the universe with heavyweight screenwriter and producer RHETT REESE!

If you are not familiar with Rhett himself, you will absolutely be familiar with his incredible output and contributions to cinema in general… Did you see Deadpool? Ever heard of Zombieland? That is a mere TWO examples of some of the massive projects Rhett has had a hand in, along with frequent co-conspirator Paul Wernick. In fact, you’ll hear all about how that relationship works in the writing world and homelife, along with the whole process of getting Deadpool and Zombieland to screen (a long process, by the way!), as well as working with Ryan Reynolds, and an absolute ton of awesome film choices that will inspire you and make you pull that curious face when something makes you go “Huh…” (or “Hmmm…” if you’re into the whole C&C Music Factory thing, and why not). Ace, enjoy!