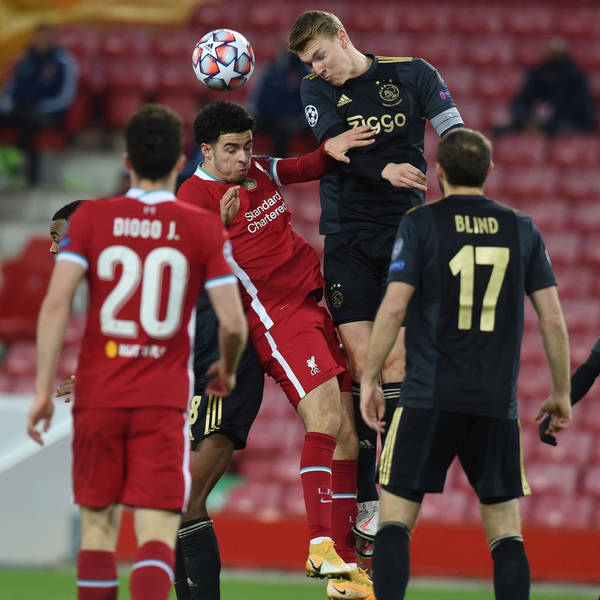 Poetry in Motion: Curtis takes the Trent route as Schuurs impresses on audition and fans get set for Anfield return

Joint top of the Premier League and qualification to the Champions League last 16 signed, sealed and delivered – and all against the backdrop of a genuine injury crisis that sees nine first-team players currently sidelined. Little wonder, then, that the latest Poetry in Motion podcast, hosted as ever by Neil Fitzmaurice and featuring regular guests Dan Kay and Joe Rimmer, kicks off with a tribute to Jurgen Klopp’s Liverpool side. The controversial draw at Brighton last weekend may have prevented the defending champions going clear at the summit of the Premier League, but spirits were lifted by the hard-fought and immensely enjoyable Champions League win over Ajax. Like most of our podcasts this week – and we make no excuse for this – Fitzy, Dan and Joe wax lyrical about Curtis Jones, applaud the character shown by Neco Williams, and wonder whether Caoimhin Kelleher should not only keep his place against Wolves this weekend, but actually be now considered Alisson’s number two. The aforementioned injury crisis is giving the likes of Kelleher, Williams and Jones more of a chance but the Reds do still look light at centre-back – despite the remarkable form of Fabinho – and Fitzy looks at some of the defenders who could be on Klopp’s radar next month and in particular Ajax youngster Perr Schuurs, who impressed at Anfield on Tuesday night. Speaking of Anfield, Liverpool will be able to welcome back 2,000 supporters for Sunday’s visit of Wolves, but Dan explains why, despite being a season-ticket holder, he decided against putting his name down for a ticket in the ballot, which leads into a discussion about what is, along with the lack of full or even half-full grounds at the moment, rubbish about football at the moment. Enjoy.