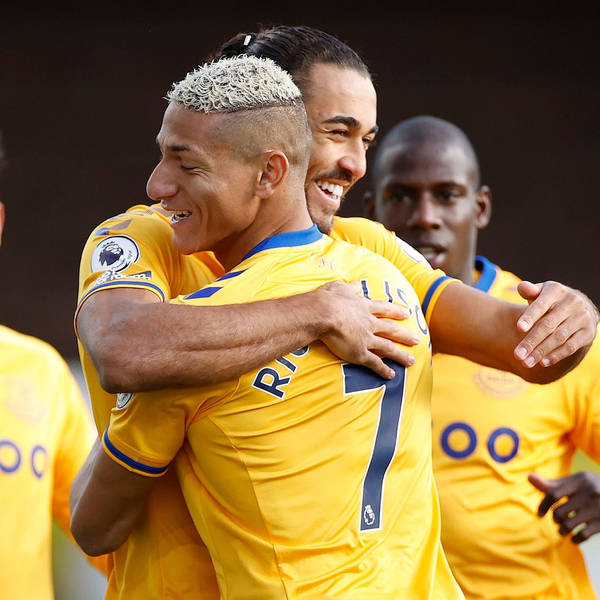 Royal Blue: Calvert-Lewin, Digne, Holgate, Richarlison - who will be your Everton Fans' Footballer of the Year?

The Liverpool ECHO and the Royal Blue podcast is today helping launch the inaugural Fans’ Footballer of the Year awards. As well as the main award, there is a ‘club’ award for each of the 20 Premier League outfits. Four Blues players are in the running for the Everton award – Dominic Calvert-Lewin, Lucas Digne, Mason Holgate and Richarlison. The quartet were selected by the Liverpool ECHO’s EFC correspondent Phil Kirkbride – and supporters can now vote for the winner at www.fansfootballeroftheyear.co.uk. And, to celebrate the launch of the awards, Phil is joined by his ECHO colleagues, and fellow Royal Blue regulars, Sam Carroll and Connor O’Neill for this special podcast to ask who, out of Calvert-Lewin, Digne, Holgate and Richarlison, should triumph, and which players they expect to have a big 2021.

Blues supporters have until Thursday, December 17 to vote at www.fansfootballeroftheyear.co.uk. The winner of the Liverpool ECHO's Everton Fans' Footballer of the Year 2020 will be revealed on Monday, December 21.