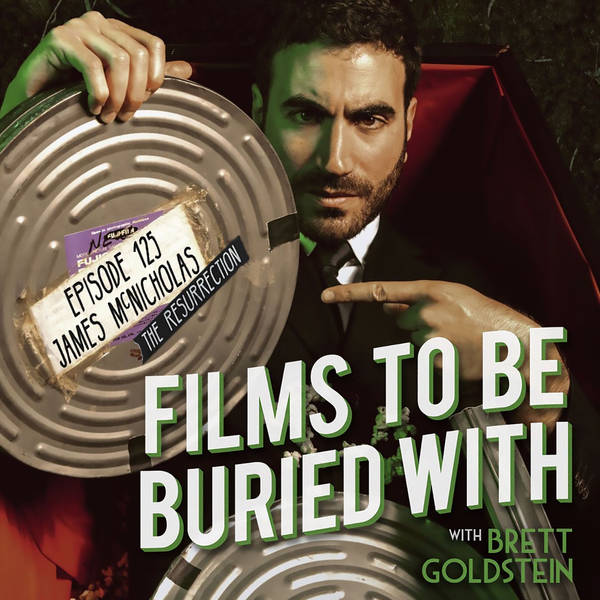 LOOK OUT! It’s only Films To Be Buried With! Join your host Brett Goldstein as he talks life, death, love and the universe with JAMES McNICHOLAS! Ah HAH - but - you know what this one is… Yes indeed dear listener, this is the RESURRECTION EDITION!

Turns out James did NOT die - or rather - he did but Brett went and brung him back didn’t he! So here is your encore listener (and James - DON’T MESS THIS UP!), and for those who missed him first time round - prepare for a really great catch up revolving around all those key ingredients; life, death, film, moving house, marriage, pandemic, therapy, sexy novels, eerie football games in the now times, ‘Mal De Debarquement’ (James will explain), whales, The Boxer, and all that good stuff PLUS he and Brett might have stumbled upon the greatest film ever made! It was right here all along! Please enjoy the resurrection of James 'Beast' McNicholas!