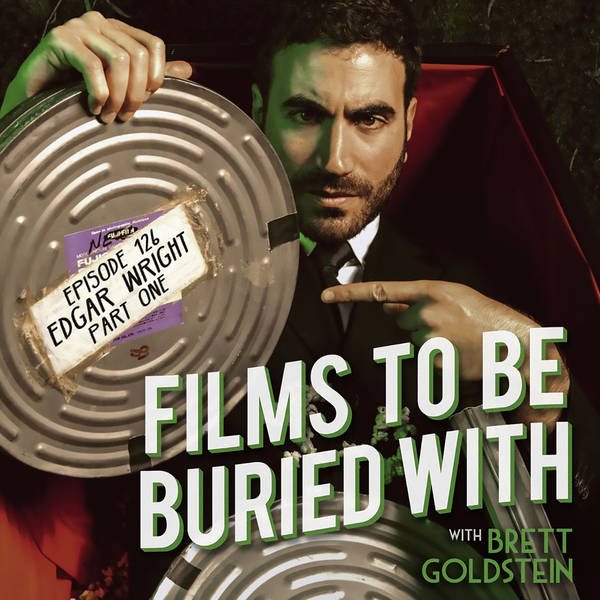 LOOK OUT! It’s only Films To Be Buried With! Join your host Brett Goldstein as he talks life, death, love and the universe with the incredible film maker EDGAR WRIGHT! And this is no regular Films To Be Buried With, friends - this is a socially distant long-walk edition, recorded on location in Regents Park in London!

It’s a real pleasure to hear Brett and Edgar wrap up the year in fine fashion, but the extra special element is the fact that it’s an actual person meet-up and outdoors at that. Zoom meetings became a necessity this year for obvious reasons, which acually brings many handy advantages, but it’s a refreshing energy in the face to face (or side by side) podcasts. You’ll hear that with this awesome two parter with Edgar, which contains just about all the movie making gossip and behind the curtain goodness you could wish for (some true gems here, trust me), including almost everything in his filmography as well as all the regular business you can expect from FTBBW. This is a two parter so catch em both and ENJOY! Merry Christmas one and all!