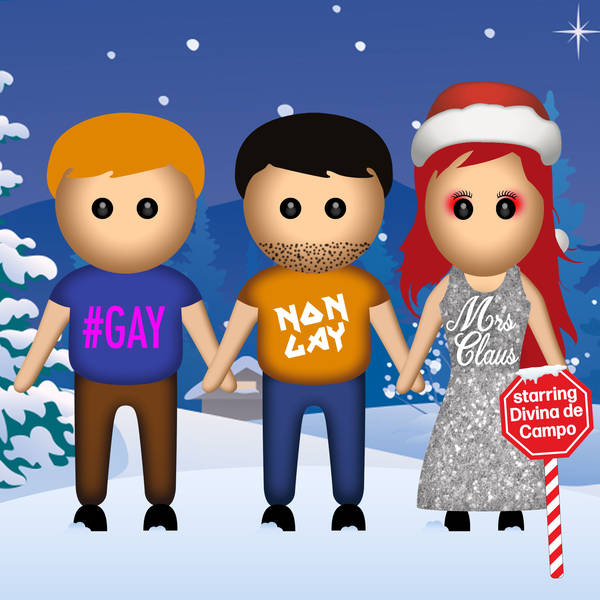 The magic of Queermas is upon us. James welcomes LGBTQ+ ally Santa back down our chimney for a third year but Dan's had enough... introducing Mrs. Claus AKA Divina de Campo from RuPaul's Drag Race U.K! Santa has a sassy new drag wife but she's only married him for the money.

Divina and James get excited about RuPaul's Drag Race U.K Season 2, whilst Dan gives his thoughts on the Frock Destroyers new album.

Spread some festive cheer/queer in our new Facebook group, a safe and inclusive place for our listeners to be who they are, visit www.facebook.com/groups/gaynongay/.