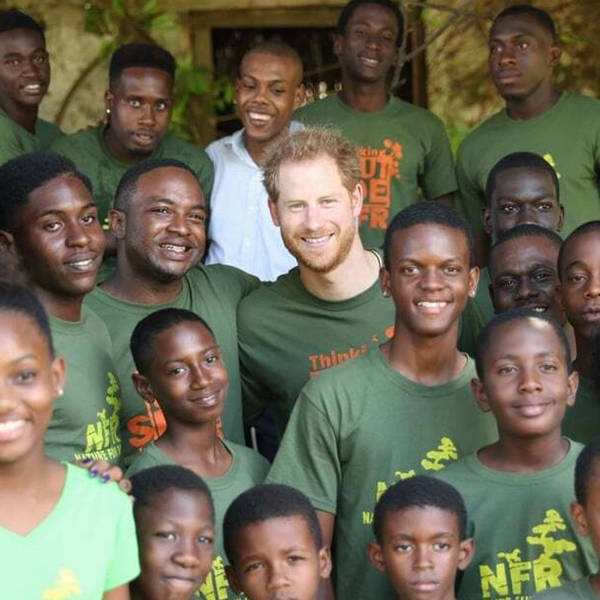 Barbados, Prince Harry, the Queen and the Commonwealth

Queen Elizabeth II is head of the Commonwealth, an organisation of 54 countries, and is head of state in 16 Commonwealth realms.
The Commonwealth has been something she has cherished and championed during her reign, and Meghan Markle celebrated it with the embroidery in her wedding veil.
But where the Queen is head of state, in some cases the ties are loosening - with Barbados this year stating its intention to have an elected head of state.
Pod Save the Queen host Ann Gripper gets two different perspectives on this - first on Barbados’s relationship with the royal family, and then on the past importance and future possibilities of the Commonwealth.
First she talks to Corey Lane of the Nature Fun Ranch, visited by Prince Harry on his 2016 tour of the Caribbean, about Barbados’s relationship with the royal family and why replacing the Queen is a positive thing. They also talk about Harry’s memorable visit and the legacy it has inspired, as well as the value of the Queen’s Commonwealth Trust.
And Professor Philip Murphy, Director of the Institute of Commonwealth Studies at the University of London, reflects on the Commonwealth’s creation, its past successes and how it could reinvent itself for the future.