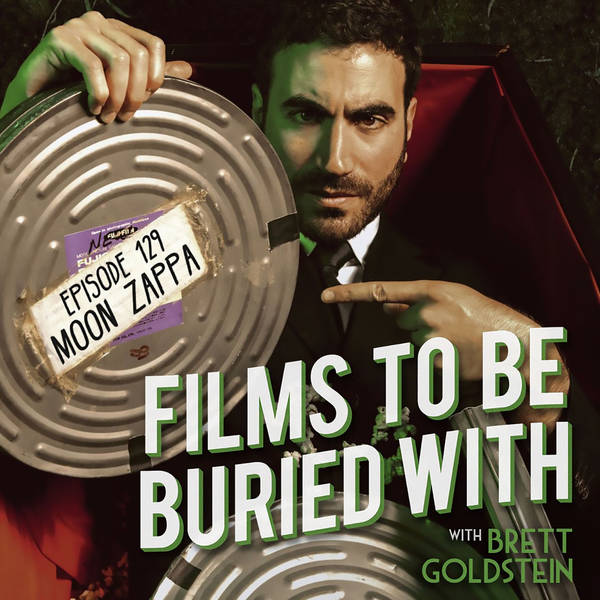 Moon Zappa • Films To Be Buried With with Brett Goldstein #129

LOOK OUT! It’s only Films To Be Buried With! Join your host Brett Goldstein as he talks life, death, love and the universe with the excellent and really fun actor and writer MOON ZAPPA!

You’ll surely recognize her surname, but that is not why we’re here today… Moon has been making power moves out there in the US for a while now, with a huge amount of work to her name, and this week it’s her time to talk about all things movies, from her childhood days up to the present. It’s a superb selection of cinematic treats of course, but on top of that there are dips into such topics as the ‘forever library’, being ultra intuitive as a kid, having a very specific nervous system and how it came about, her parents (specifically her father Frank), and the utter madness inspired by book tours. So much to dig into, and a fantastic ride as the first episode of 2021!