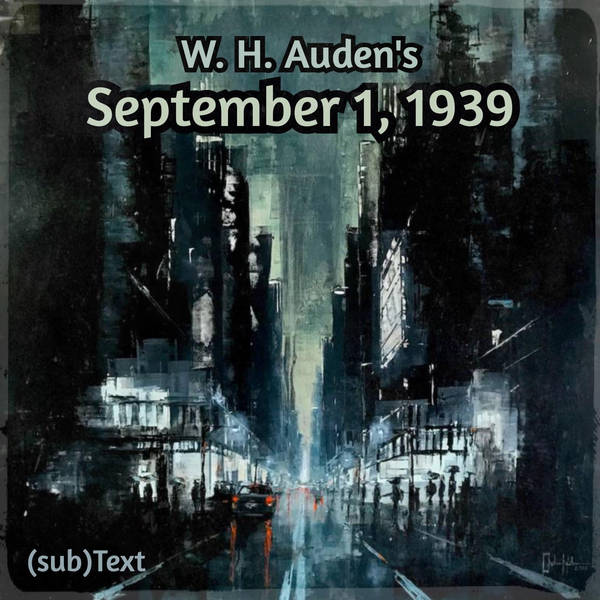 W. H. Auden hated this poem. He called it the most dishonest he had ever written, and eventually had it excluded from collections of his poetry. And yet it quickly became one of his most popular poems. And after the attacks of September 11, it was published in several national newspapers and widely discussed. This might seem to be a strange result, given that the poem is not a call-to-arms, but an invitation to self-critique. What explains the enduring appeal of Auden’s September 1, 1939? Was he right to repudiate it? Wes & Erin discuss.

Thanks to Martin Köster for allowing us to use his painting New York at Night III for the cover art to this episode.