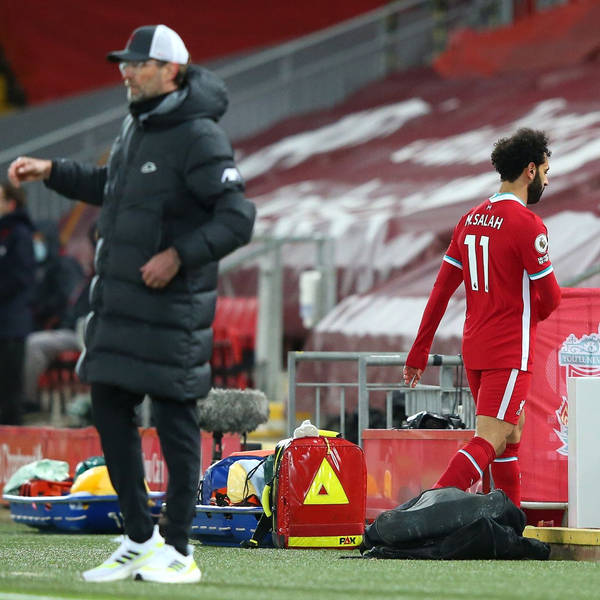 Blood Red: Jurgen Klopp, Mohamed Salah and why Liverpool need to look at themselves

Join Paul Gorst, Ian Doyle, David Lynch and host Guy Clarke for the Blood Red podcast as they talk Jurgen Klopp, Mohamed Salah and Liverpool’s continued fall from grace. The Reds lost 1-0 to Chelsea on Thursday night to put their Champions League hopes in jeopardy with Klopp’s call to take Salah off raising eyebrows – most notably with the Egyptian forward’s agent. Liverpool have not been helped by a series of injuries to centre-backs and defensive midfielders. But after suffering a fifth straight home loss for the first time in the club’s history, can that completely explain their worrying form? The panel try to answer that question, looking at the lack of creativity and threat, the midfield 'pressing problem', FSG and the club’s recruitment, plus some of Klopp's recent decisions, including the one to hook Salah against Chelsea. And after the inquest ends, and VAR is given a good kicking, it's time for team selections and score predictions for the visit of Fulham to Anfield on Sunday. Enjoy.