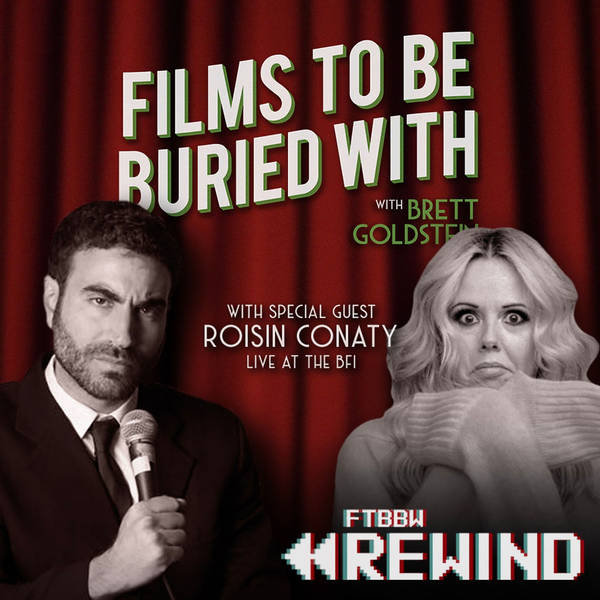 FTBBW REWIND! • Roisin Conaty (live @ The BFI) • Films To Be Buried With with Brett Goldstein

LOOK OUT! It’s only Films To Be Buried With! THE REWIND!!!

Join your host Brett Goldstein as he talks life, death, love and the universe with the wonderful comedian and Gameface writer / star ROISIN CONATY!

(Brett explains everything in the episode intro, but just so you know - below is the original write-up for the episode... It was originally released mid

This one was recorded LIVE on location at the BFI, at the Southbank in London - were you there? Maybe you were! What a killer show it was… Well, thankfully the goodness from that very night was captured in 1s and 0s all for your listening enjoyment in the event that you were unable to attend (or indeed if you want to relive the occasion) - a great show from start to end, as Brett and Roisin throw down about all things film, life and more - hear all about it, from Roisin’s show ‘Gameface’, to her wet hair napping exploits, to tricky animal films and the trouble within, problems with the film Cocktail, Pat Sharpe haircuts and the thrill of a film’s writing when you can’t ‘hear the typewriter’. Greatness and glory throughout - a fun ride, so strap in and go have fun!

• ROISIN on THE INTERNET!