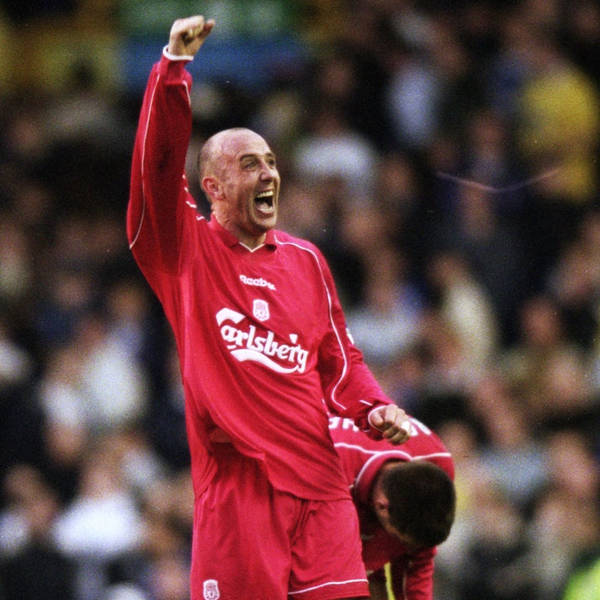 April 2001 saw Liverpool reach two cup finals, in the form of the FA Cup and UEFA Cu, seeing off Wycombe Wanderers at Villa Park and Barcelona over two legs in Europe to reach the finals in Cardiff and Dortmund respectively. Between those were three crucial league games in Gerard Houllier side's bid to secure a top-three finish culminating in one of the greatest Merseyside derbies in Premier League history. Join Guy Clarke and Dan Kay as they reminisce on one of the most memorable months in Liverpool's history in the latest instalment of Houllier's Treble Winners. Enjoy.