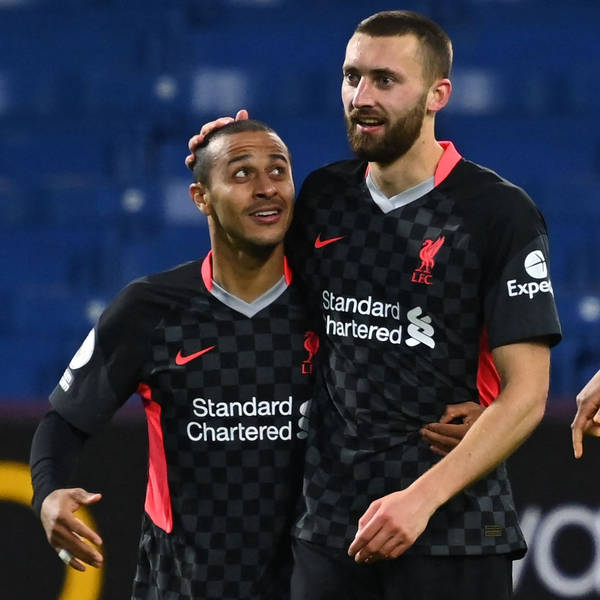 Poetry in Motion: Nat Phillips, Thiago, a goal from heaven, and the other reasons for Liverpool’s remarkable late-season surge

Neil Fitzmaurice is joined by Paul Gorst and Sean Bradbury for a positively upbeat edition of the Poetry in Motion podcast. Recorded the morning after the 3-0 win over urnley which moved Liverpool into fourth place with one game to play, and extended their unbeaten run to nine matches, Fitzy asks his guests just what are the reasons for this remarkable last-season surge that should secure Champions League football? Fabinho, Nat Phillips and a settled defence is one area discussed, as is the return to goalscoring form of Roberto Firmino, the growing influence of Thiago, and the significance of the victory at Old Trafford. But that 4-2 win over Manchester United was superseded by what happened at the Hawthorns at the weekend when Alisson sealed an extraordinary three points over West Brom by becoming the first Liverpool goalkeeper in the club's history to score a goal. Fitzy, Gorsty and Joe revel in that incredible moment before looking back on the Burnley success, which included a goal for Alex Oxlade-Chamberlain, as well as asking what's happening with Naby Keita, and anticipating a crazy decision from Gareth Southgate over Trent Alexander-Arnold. Enjoy.