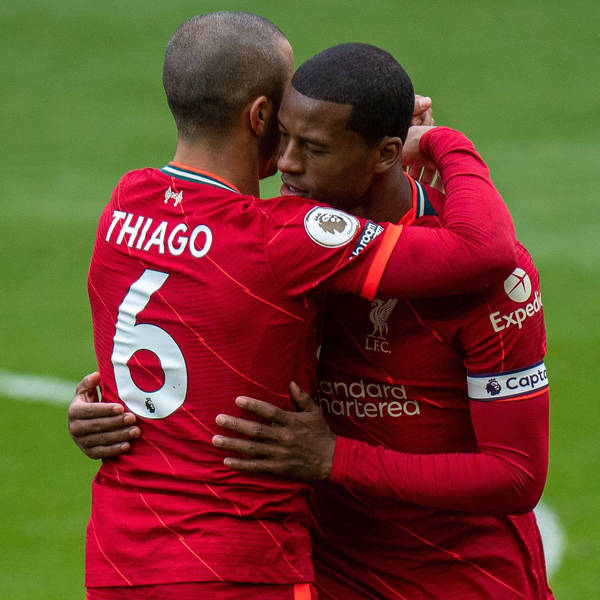 Peter Hooton is joined by Kieth Culvin, Ste Monaghan, John Nicolson and Ian Byrne for the first Allez Les Rouges podcast since Liverpool pulled off their ‘mission impossible’ to qualify for the Champions League. So just how good an achievement was it by Jurgen Klopp and his players? The panel discuss that, looking back on the key moments on the end-of-season run-in, including Alisson’s wonderful winner at West Brom, and the difference the returning fans made to the team – and in particular Sadio Mane – in the final-day win over Crystal Palace that ensured the Reds finished third. Talk then turns to transfers, including Ibrahima Konate, Nat Phillips and Ozan Kabak, and whether it’s a gamble not to offer Gini Wijnaldum a new deal. There’s also a lot of praise for Thiago, before Peter and Co pick out some of their highlights of their campaign. And the must-listen podcast ends with Ian, who is the MP for Liverpool West Derby, speaking about the Spirit of Shankly supporters’ union’s meeting with Liverpool FC chief executive Billy Hogan, and the announcement of a new fans’ board.

***Please note this podcast was recorded on the evening of Tuesday, May 25. The following day two retired police officers and an ex-solicitor accused of altering police statements following the Hillsborough disaster were acquitted. The ruling has been met by dismay.