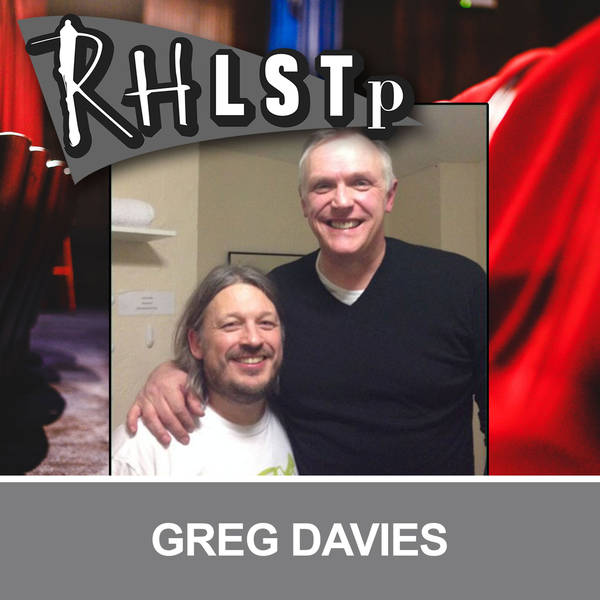 #4 Ian Gunpowder- Richard chats with his audience and manages to secure himself a TV writing job, as well as marvel at his once IT heavy, bearded male audience being replaced by people who might actually have had sex. Don't worry, the nerds are still there and they're still the best! This week's guest is very tall and has never been told that before, it's sexually-charged comedian and actor Greg Davies. They converse about how W G Grace upstaged Greg's sister's wedding, how Guy Fawkes died and whether he'd welcome a time-travelling penis, how Greg embarrassed himself in front of Rik Mayall in a supermarket and bum-based encounters with doctors. It's raucous and very funny. This one might be worth watching on video. Not only does Greg have some amazing facial reactions, but Richard carries out one of the dirtybritcom confession fantasies on him. It's very, very sexy.