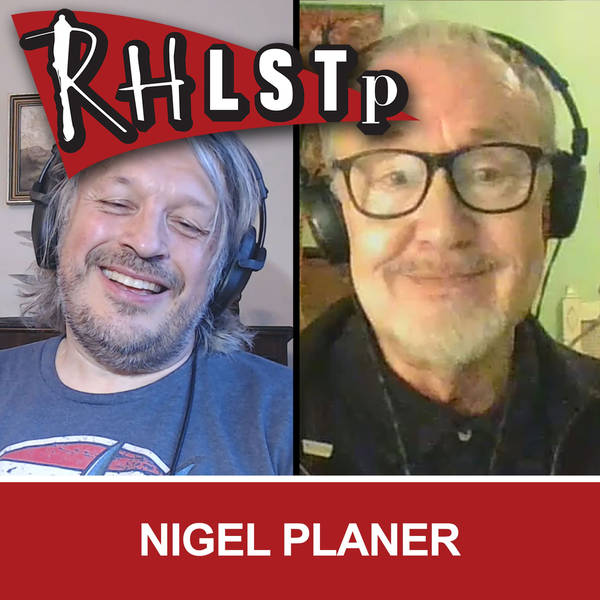 #331 Taking the Full Weight of an Eclair - Richard is back in Cheddar trying to harvest material for the new series of Relativity. So it’s a double remote podcast and the guest this week is a true comedy hero, the brilliant Nigel Planer.

They try to remember what the project they almost worked together in the early 90s was (though have very different memories) and talk about the times Richard spent in Nigel’s house, without Nigel knowing. Plus some great stories about the early days of 80s stand up, coming up with characters in Peter Richardson’s van, the casting of Mike in the Young Ones and why it might well have turned out for the best, being attacked by security guards on the way to a Greek restaurant after being crushed by a huge prop, the genius of Nicholas Craig, how Do They Know It’s Christmas could have been even better, being big in Catalonia and the joy of a rejected script being accepted.

This is the last remote RHLSTP for a while - do keep an eye on http://richardherring.com/gigs for news of live shows.