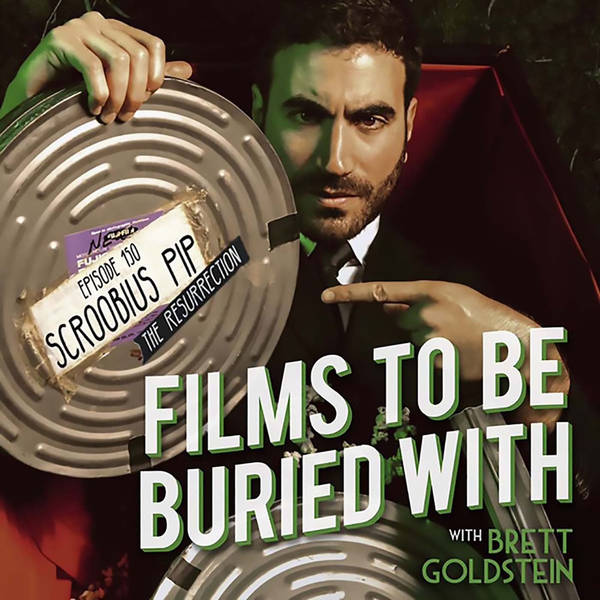 Join your host Brett Goldstein as he talks life, death, love and the universe for the second time in a RESURRECTION EDITION of the podcast - this time it’s Distraction Pieces own SCROOBIUS PIP!

You may recall Young Pip’s debut back in episode 4 - yes, over 146 episodes ago - where Brett threw him in a coffin and slung a DVD in there for his ascension to the Good Place. This time round, we have him back as Brett reanimates him for another crack at the film code, which includes all things from Pip’s recent Canadian acting missions, lockdown, mistaken celebrity sightings, sneaking films on set, lifting the curtain behind the scenes, beating up critics (this time not involving Uwe Boll - Google that), and cinema time with The Pips! Super enjoyable goodness as you would rightfully expect, have fun!

FILMS TO BE BURIED WITH • LIVE! • JULY 3rd • CLICK HERE FOR DETAILS!

OUT OF HER MIND