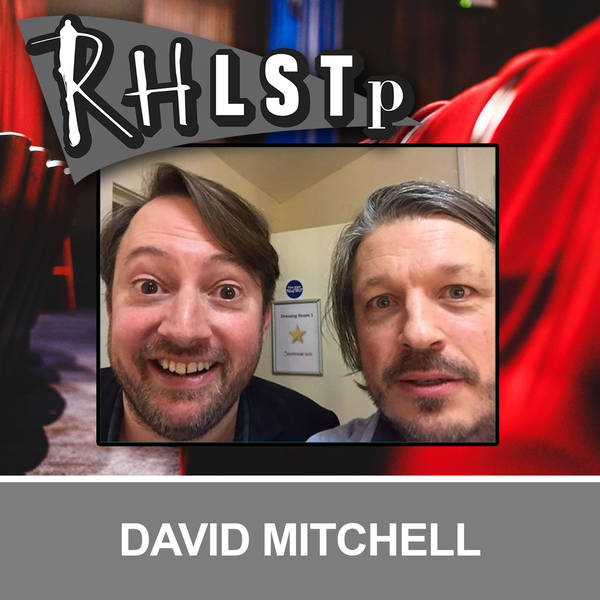 #6 Bumming C3PO - Richard talks briefly to a semi-retired postman and considers bumping his guest to chat with him more, but instead introduces perhaps the perfect RHLSTP guest David Mitchell.

It’s David’s second time in the hot seat (though the chairs have got nicer since he was last here) and Richard is determined not to be as childish and rude to him as he was last time. But will he be able to keep a lid on the simmering mayonnaise vat of bitterness? Find out if David swears during sex, if he would allow himself to be raped by a ghost, why he’s so obsessed with war that he’s apparently wearing a poppy in January and if he enjoyed working the cloakroom for TFI Friday.

There are also some more serious chats about the mindset of someone who paps a couple going for a walk with their baby and why there is so much antipathy towards Ben Elton. But it’s possibly the funniest episode yet, with Mitchell, once again, giving possibly the definitive answers to some of the emergency questions. What a treat.