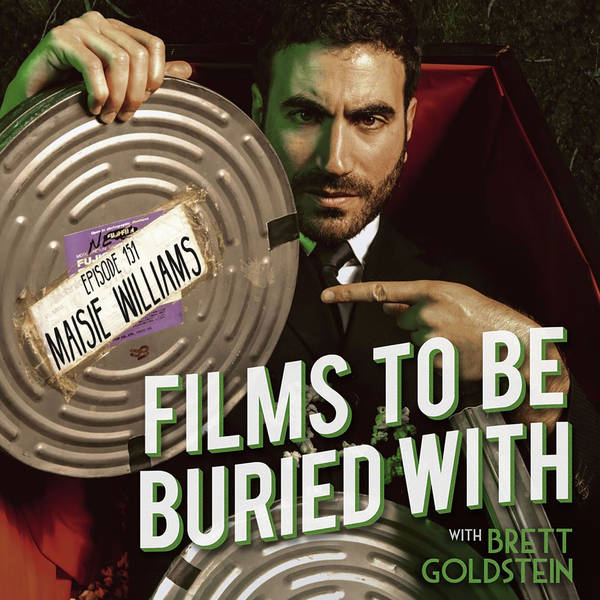 Maisie Williams • Films To Be Buried With with Brett Goldstein #151

Join your host Brett Goldstein as he talks life, death, love and the universe with none other than Arya Stark herself - it’s MAISIE WILLIAMS!

Of course it goes without saying that Maisie is an entire human being and not simply a character from one of the hugest series in television history (for the non-viewers - a hint - IT'S GAME OF THRONES). It’s a treat to hear her selections on here and all about her paths and choices, likes and dislikes and all the life stuff that you would hope for. As ever, when the spirit takes, the show can enter some deep waters so keep an eye on the shore in case, but if you’re game, you’re in for some real openness and pure podcast magic, including end of level life bosses, rebooting Jaws, resetting scenes when filming and how the hell that works, and whether or not you can get lost in a film if you’re in the business… Hooray for Maisie, you’ll love this!

LIVE FILMS TO BE BURIED WITH in London! JULY 3rd! DETAILS HERE!