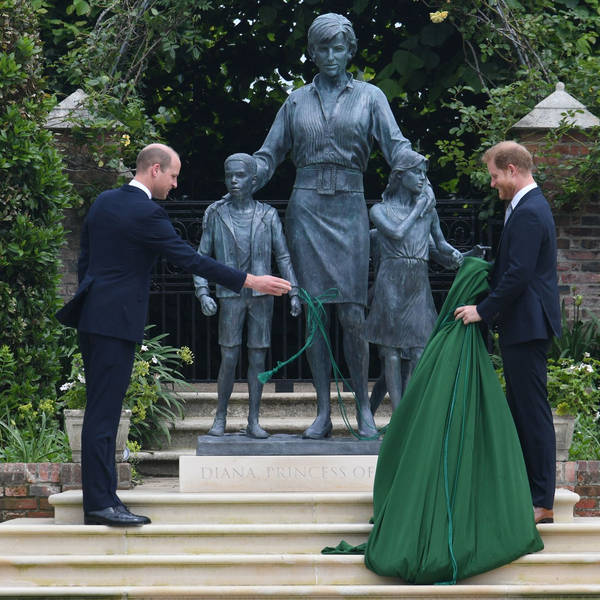 Princes William and Harry came together on what would have been their mother’s 60th birthday to unveil a statue honouring her memory.
The giant likeness of Princess Diana with three children has been installed in Kensington Palace’s sunken garden, with the brothers in the spotlight just as much as the statue given the strain on their relationship in recent months.
Pod Save the Queen host Ann Gripper is joined by Daily Mirror royal editor Russell Myers to discuss the event.
They also discuss the Sovereign Grant, the latest on the Platinum Jubilee plans, the Cambridges’ big night out at the football, more royal visits to Scotland and the Queen’s verdict on (now ex) Health Secretary Matt Hancock.