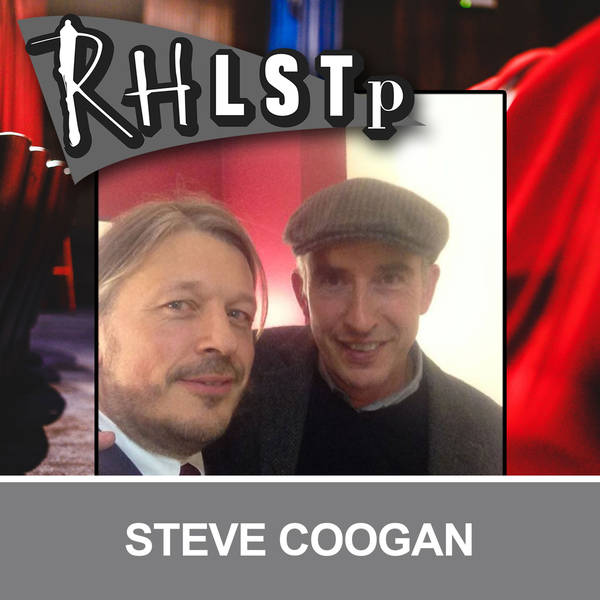 #10 Celebrity Ghost Train - Rich is still alive and kicking (and dancing) only a day after completing a Half Marathon in record breaking time (though to be fair he had a ringer to do it for him) and he's disappointed in the movie "The Wolf of Wall Street" for all kinds of reasons.

But he has a very special guest to help him celebrate his half century of RHLSTPs, it's the go-to guy if you want someone to play a small toy figure, Steve Coogan. A-ha! (Steve loves it when people do that). They chat about getting laughs at the Leveson Enquiry, why so many people that Steve has done impressions of have ended up in gaol, Stewart Lee's Partridge-inspiring encounter with a superfan and why Around the World in 80 Days really needed more martial arts in it.

And finally we're going to find out who created Alan Partridge. Will Steve pay Richard the £250,000 he demands in royalties? No he won't.