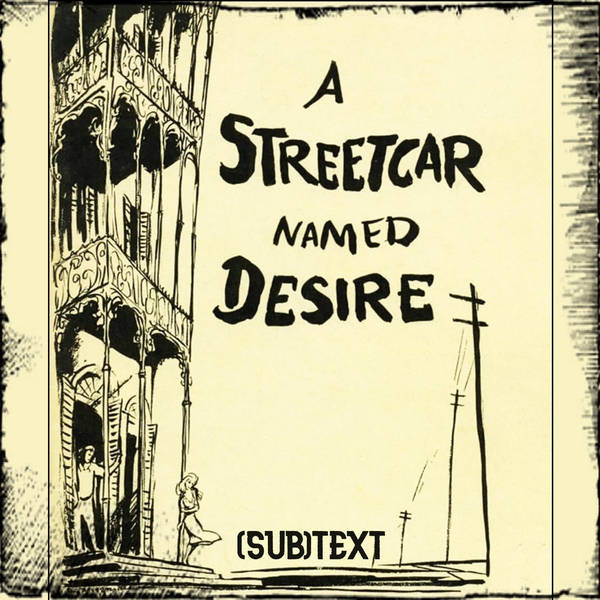 In the transition from stage to screen, A Streetcar Named Desire retained its long-running Broadway cast with a single exception: the role of Blanche Dubois, which passed from Jessica Tandy to Vivien Leigh. Like Blanche, Leigh was the odd woman out. A symbol of the glories of the studio system, married to the symbol of English stage acting, her classical training ran contrary to that of her Method-trained co-stars. Thus to the clash of wills between Blanche and Stanley Kowalski was added a clash of acting styles— and the struggle between the death of Old Hollywood and the birth of Brando and the New. Which principle— Blanche’s fantasy or Stanley’s realism— makes for superior art? Can the conflict between magic and truth ever be resolved? And is all realism a form of cruelty? Wes & Erin discuss Tennessee Williams’s A Streetcar Named Desire.