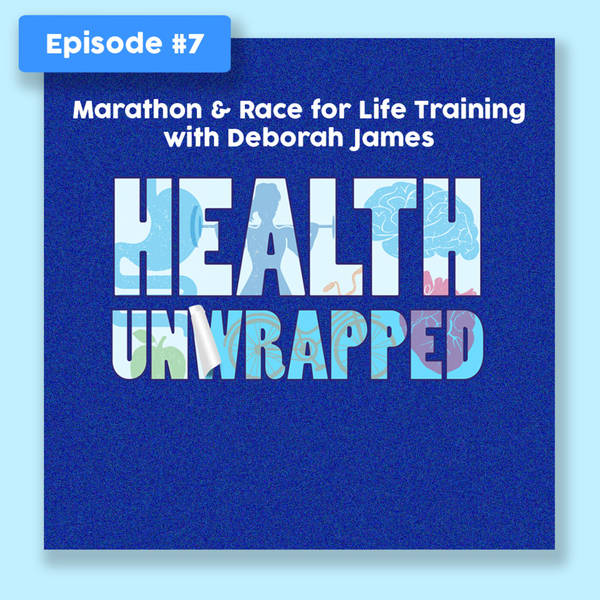 Marathon and Race for Life Training with Deborah James

Welcome to the seventh episode of Health Unwrapped, shared with you during lockdown in the UK, despite being recorded before we went into it. So the conversation has changed somewhat as at the time of recording, Deborah was hoping to be running the London Marathon in April, which we know at the time of publishing has been postponed until Sunday 4th October. Deborah also talks about Race for Life which are currently being moved to later in the year, so if you were planning on doing one - we&aposd suggest keep an eye on their socials and website.

How Deborah always ran, in fact she was a National gymnast as a girl - very impressive!The importance of exercise for your mental health - how exercise supports her mind  and the dark side that cancer brings What her running entails including  the daily battle she has The biggest challenge  - Deborah talks about the rollercoaster of cancer treatment The operations she has had to date, including lung and bowel resections How she overcomes the time spent recovering from operations and builds up her strength again The Mental and Physical preparation including how she fuels her body and how she manages the side effect of her cancer treatmentThe resources she uses such as the NHS &aposCouch to 5k&apos appHer involvement as an Ambassador for Race for Life and how saying yes to a challenge is such a powerful of the milestone Supplements she uses for recovery - including Potassium and magnesium What is &aposparty pace&apos  - How being a slow runner doesn’t matter.

Full product details can be found via our website