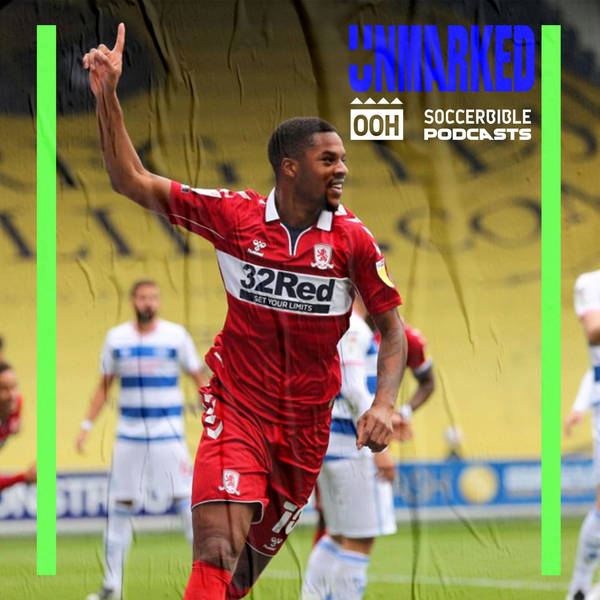 After Forever Forwards, the collective return to their regular scheduled programming, and serve up another UNMARKED offering. Recorded back in October, the crew link up with Middlesbrough marksman, Chuba Akpom. Proceedings kick off with the ‘What Made You Smile’ segment (1:59) and Kieran reveals one of his tracks was playlisted by a reputable R&B Spotify channel! (6:32)! Chuba, an ex-Gunner speaks on his loan experiences in the lower leagues away from the Emirates (24:28) and how it prepared him mentally for the next stages of his career. Chuba is candid and honest when speaking on dealing with social media as a young footballer and how some players have regressed off the pitch because of comments from trolls (26:24).

The 25-year old East Londoner also speaks on his Out Of Home experience, when he played in Greece for two years for PAOK, winning the double, which included him scoring the winner in the cup final (39:37).

Chuba is down-to-earth, humorous, and very real about the blessings of being a footballer but also the potential trappings of it, in terms of mental health and well-being.