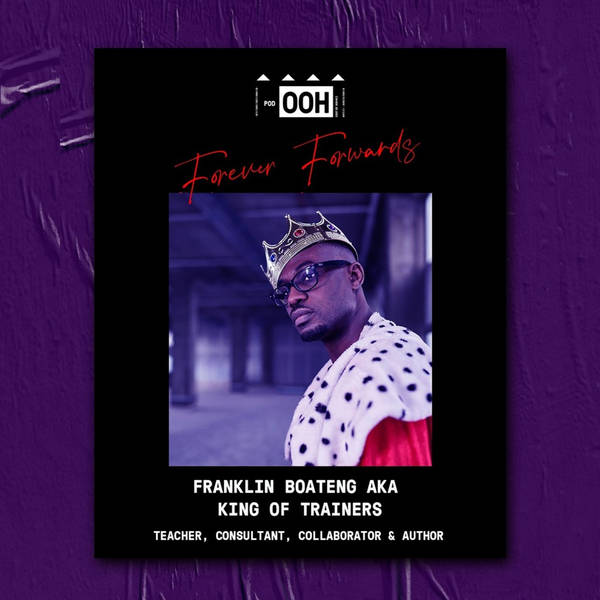 For the latest Forever Forwards episode, the group chat to Franklin Boateng aka The King Of Trainers, not only a sneakerhead OG but also a teacher and consultant. Hailing from Tottenham, North London, Franklin speaks on his how passion for footwear grew from a young age (4:37) back in the early 80’s and how his mother’s passion for tennis shoes helped manifest this! Franklin speaks on spending his summer holidays as a teen in New York (7:22) and how bringing back exclusive kicks earned him his nickname. Not just a collector, Franklin has donated hundreds of pairs of shoes to those less fortunate, in places such as Ghana, Haiti, and homeless people in the UK through a charity called Heeling Soles (29:49). With a sizeable and engaged fanbase, Franklin discusses how he built his social media following (33:00) and reveals he was the first individual in the UK sneaker scene with 100,000 followers on IG (35:08).

Franklin also talks about his initiative ‘Footwear Jobs’ (41:50), where he provides information and access to under-privileged youth about full-time roles in the industry.

Positive, poised, and purposeful, Franklin is an inspiring figure who is using his platform for good. A great, educational listen.