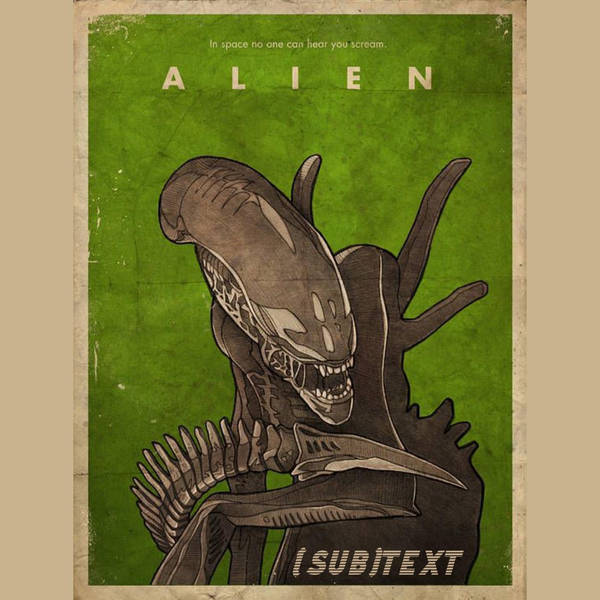 The Nostromo is a labyrinthine spaceship, a hulking ore refinery run on a sophisticated computer operating system and manned by a crew of seven. But somehow it’s not the most impressive piece of technology in Ridley Scott’s 1979 film Alien. That distinction belongs to the title character, an organism with blood of acid and two sets of jaws, highly-evolved, adaptable to any climate. Its scientific mission, if you will, is to fulfill a basic biological imperative: to become a parent. Fitting, then, that it chooses to prey on a ship controlled by its own problematic Mother. Just what kind of existential threat does this techno-sexual organism pose to a man-made and sterile future? And how does one woman manage to defeat it? Wes & Erin discuss.