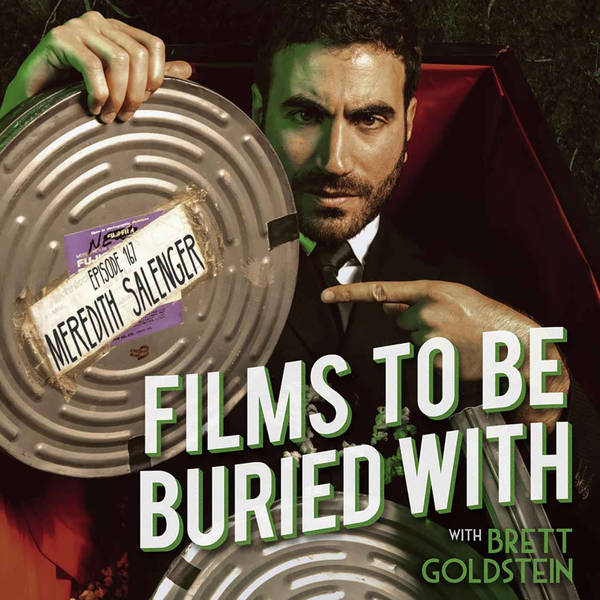 Meredith Salenger • Films To Be Buried With with Brett Goldstein #167

Join your host Brett Goldstein as he talks life, death, love and the universe with actor, producer and podcaster MEREDITH SALENGER!

A marvelous chance to catch up and check in on all things Meredith, who you may well know from her starring role in classic The Journey Of Natty Gann - though even a casting glance at her IMDB profile will reveal how much she’s been involved with since then (it’s a LOT). A lovely, warm ray of sunshine of an episode (with a cool breeze coming in), involving so much goodness including her meeting of husband and friend of the podcast Patton Oswalt (and their ace podcast), living as a couple and the intricacies therein, death and the soul, creepy sleepovers, starring in a grubby role, a LIVE epiphany and - maybe the tipping point of the whole episode - her part in the original ANNIE! Hear Brett’s world implode in real time, it’s quite something. Enjoy Meredith!

DID YOU GET MY TEXT podcast

THE JOURNEY OF NATTY GANN