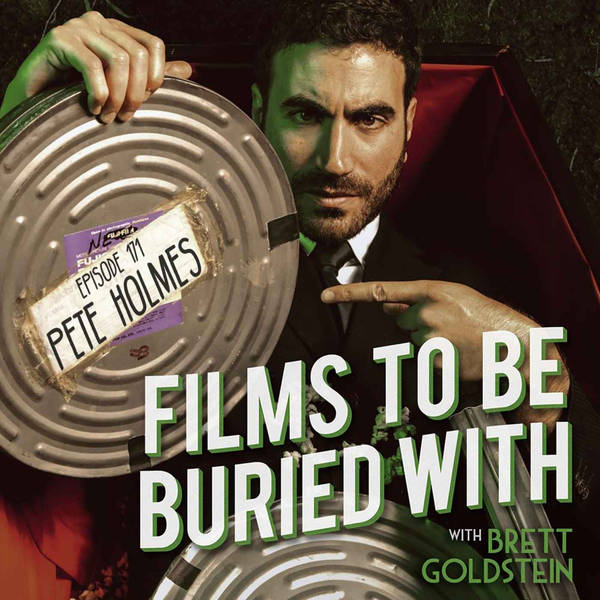 Pete Holmes • Films To Be Buried With with Brett Goldstein #171

Join your host Brett Goldstein as he talks life, death, love and the universe with hilarious comic, writer, podcaster and creator PETE HOLMES!

A true favourite with the Films To Be Buried With crew, Pete’s been power moving for a huge amount of time now in all things comedy, podcasting and the big and small screen, and if you’re yet to become acquainted with him then goodness you are in for a treat. And if you are acquainted, then you’ll have heard his podcast You Made It Weird yesterday and will be well up for an added Pete fix today then won’t you! A huge and sprawling chat covering so much but including his upcoming series Smallwood, previous series Crashers Crashing (the strikethrough will ring bells for Pete fans, couldn't resist), cinema and the death of ego, the void, origins, spirituality, parents, and a peppering of wisdom nuggets throughout that will enrich your day, year, life maybe. So much fun, and so much to think about - you’ll love it, and definitely check out his podcast including the We Made It Weird episodes with Sweet Lady Val, which are crucial. Keep it crispy!

YOU MADE IT WEIRD