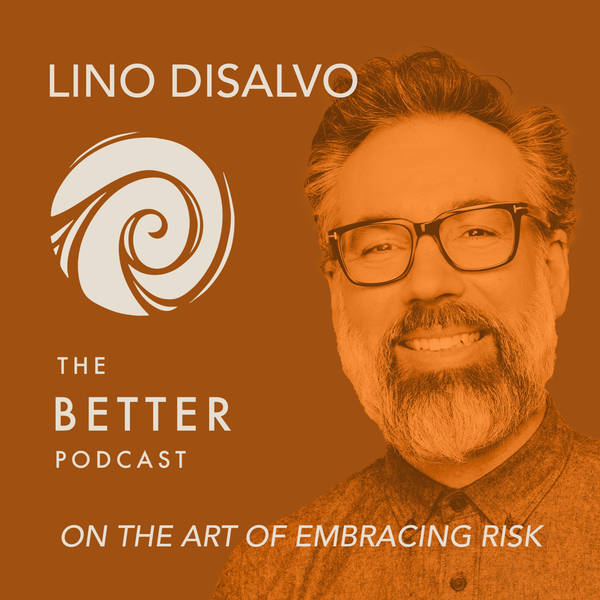 Joe Towne with Lino DiSalvo on the Art of Embracing Risk

This week I am chatting with the ever-inspirational Lino DiSalvo.  A creative artist across multiple disciplines with an overflowing optimism that is nothing less than infectious- we talk about how sometimes we are being prepared for a future that we can’t see just yet. And only upon reflection can we see how things may be guiding us towards something bigger.

Lino DiSalvo is an Italian American animator, film director, writer and producer. Born in Brooklyn, New York and raised in Franklin Square, Long Island. Lino's Parents immigrated to the US from Castaldacca, a small town in Sicily, Italy to pursue the American dream. As a child, DiSalvo was a fan of the early animated feature films from Disney and then, as a teenager, became inspired after seeing The Lion King in 1994 deciding that’s what he wanted to do. With the encouragement of his parents, he left for Vancouver, BC to pursue animation at the Vancouver Film School.

After graduating from VFS he joined Walt Disney Animation Studios.

DiSalvo spent almost 17 years at Disney and served as Head of Animation on Frozen. His other credits include supervising animator on Tangled and Bolt; and animator on Meet the Robinsons, Chicken Little, 102 Dalmatians and Reign of Fire.

He served as Creative Director for Paramount Animation before joining Paris-based, ON Animation Studios (producers of 2016's The Little Prince) as Head of Creative. Lino is currently Developing an Animated feature about Monsters, Wizards and Magical spells inspired by Italian folklore and draws heavily from his cultural heritage.

DiSalvo has also also voiced the characters of "Vinnie the Pigeon" in Bolt, "Gristletoe Joe" in Prep & Landing: Naughty vs. Nice, and "Robotitron" in the upcoming Playmobil: The Movie