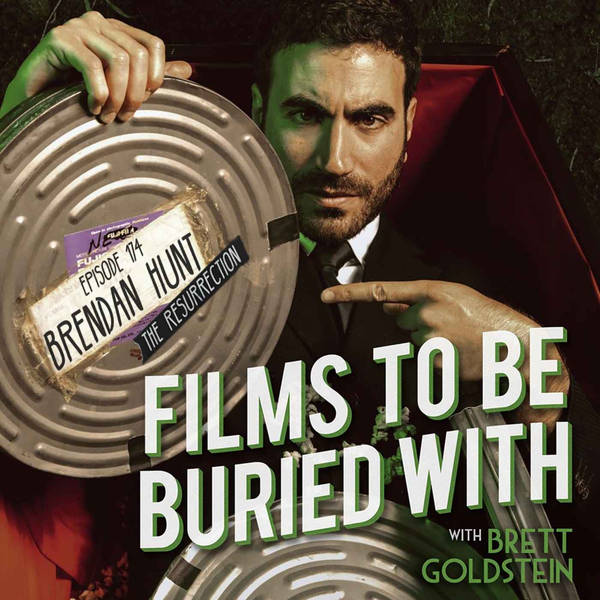 Brendan Hunt - The Resurrection! • Films To Be Buried With with Brett Goldstein #174

Join your host Brett Goldstein as he talks life, death, love and the universe with the fabulous actor, writer and Coach Beard himself, BRENDAN HUNT!

BUT! This is no regular episode, for on this occasion Brett brings Mr Hunt all the way back from the afterlife, whether he liked it or not… But what a joy it is. A true pleasure. Brett puts 12 new questions to him, and Brendan is as on point and razor sharp as ever with all the energy and goodness you could wish for. They cover it all, from football watching, a new kid on the block, romance, being a fun guy, finding the ONLY Odeon in the country, Messi being good, composite actors, dancing, Burning Man and a lot more. Deep, fun, perfect. Folks, enjoy!