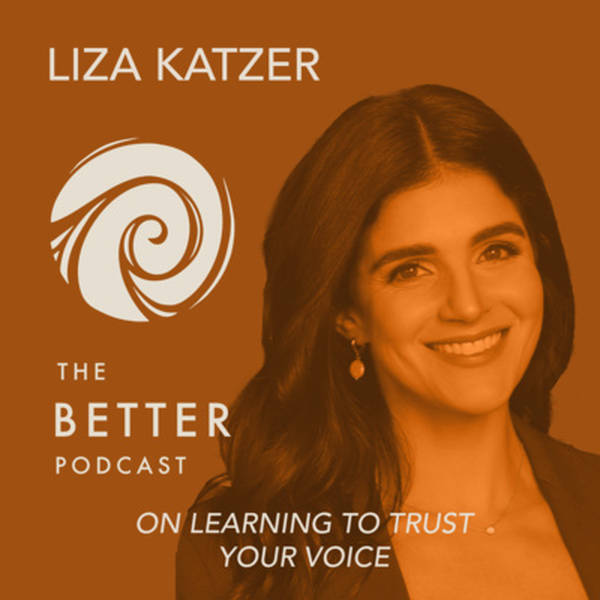 Joe Towne with Liza Katzer on Learning to Trust Your Voice

Joe chats with Liza Katzer about her path to becoming an Emmy-winning producer of Ted Lasso: from the hustle of working at Management 360 and UTA, to making movies at Disney to making the leap into comedy and becoming VP of Development at Doozer (working with Bill Lawrence and Jeff Ingold) Liza shares insight into how Ted Lasso came into being, what it has taught her and why it is having the impact that it is having. Joe and Liza also talk about the intersection of sport and art: how athletes can learn vulnerability from artists, and a team mentality can help artists to realize they are not alone, they are a part of a greater whole. Ultimately, they explore how she deals with the disappointments that are inevitable within our industry, how embracing pivots has supported long-term success as well as how finding her voice and listening to her gut led her to this moment.

Liza Katzer is an Emmy-winning producer for her work on Ted Lasso, which won the award for best comedy series in 2021.  She was also recently named one of the Hollywood Reporter's 35 Under 35 Up and Coming Entertainment Executives to Watch.

She is a Southern California native from Palos Verdes Peninsula, who started her career with a series of summer production jobs for the E! Channel while studying at Northwestern University.  After graduating, she moved to LA and worked at United Talent Agency, before moving to The Walt Disney Company to work for both the Feature Studio and then International Local Language Production.  She joined Bill Lawrence at Doozer productions as an assistant when he signed his first overall deal with Warner Bros and worked her way up to Vice President.  Her first producer credit came when her project LIFE SENTENCE was ordered to series at the CW.  Since then, she has continued on to produce WHISKEY CAVALIER for ABC, and HEAD OF THE CLASS for HBOmax.  She is set to co-executive produce the two upcoming apple series BAD MONKEY and SHRINKING, and will continue to Co-EP TED LASSO.  She has a slate of projects featuring female and diverse voices in development, and has produced a number of pilots and presentations for various networks and streamers.