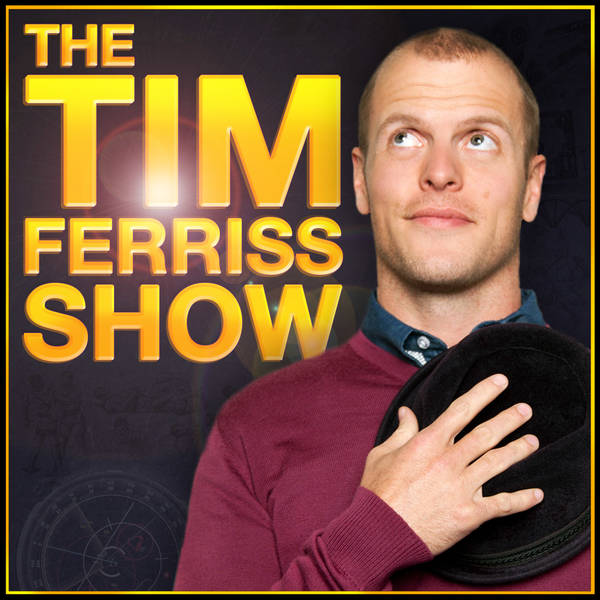 #552: Aisha Tyler — How to Use Pain, Comedy, and Practice for Creativity (Repost)

Aisha Tyler (@aishatyler) is an award-winning director, actor, comedian, bestselling author, podcaster, and activist. Whether you do any type of creative work, want to be too complex to categorize, or want to overcome rejection and beat the odds, this one has something for you.

Aisha voices superspy Lana Kane on F/X’s Emmy award-winning animated comedy series Archer, which won four back-to-back Television Critics’ Choice Awards. She is a regular on the hit CBS show Criminal Minds, for which she has also directed. Aisha continues to host the CW’s hit improv show, Whose Line Is It Anyway, and she launched a line of bottled cocktails she created, Courage + Stone, in the summer of 2018.

Aisha was a co-host for seven seasons of CBS’s Emmy-winning daytime show The Talk. She is also well-remembered for her character arc on Friends, and she was the first African-American to have a long-standing role on the show. Her feature film debut, the thriller AXIS, premiered 2017, and the won the Outstanding Achievement in Feature Filmmaking award at the 2017 Newport Beach Film Festival, then had a theatrical run at Arclight Hollywood, Landmark NYC and Alamo Drafthouse, Austin, Texas.

A San Francisco native, Aisha graduated from Dartmouth College with a degree in Government and Environmental Policy. An avid gamer and passionate advocate (and occasional adversary) of the gaming community, Aisha’s voice can be heard in the video games Halo: Reach, Gears of War 3, and Watch Dogs. Aisha is a bourbon and hard rock fan, a snowboarder, and a sci-fi obsessive.

This episode is brought to you by Athletic Greens. I get asked all the time, “If you could only use one supplement, what would it be?” My answer is usually Athletic Greens, my all-in-one nutritional insurance. I recommended it in The 4-Hour Body in 2010 and did not get paid to do so. I do my best with nutrient-dense meals, of course, but AG further covers my bases with vitamins, minerals, and whole-food-sourced micronutrients that support gut health and the immune system.

Right now, Athletic Greens is offering you their Vitamin D Liquid Formula free with your first subscription purchase—a vital nutrient for a strong immune system and strong bones. Visit AthleticGreens.com/Tim to claim this special offer today and receive the free Vitamin D Liquid Formula (and five free travel packs) with your first subscription purchase! That’s up to a one-year supply of Vitamin D as added value when you try their delicious and comprehensive all-in-one daily greens product.

This episode is also brought to you by “5-Bullet Friday,” my very own email newsletter, which every Friday features five bullet points highlighting cool things I’ve found that week, including apps, books, documentaries, gadgets, albums, articles, TV shows, new hacks or tricks, and—of course—all sorts of weird stuff I’ve dug up from around the world.

It’s free, it’s always going to be free, and you can subscribe now at tim.blog/friday.

For show notes and past guests, please visit tim.blog/podcast.

Sign up for Tim’s email newsletter (“5-Bullet Friday”) at tim.blog/friday.

For transcripts of episodes, go to tim.blog/transcripts.