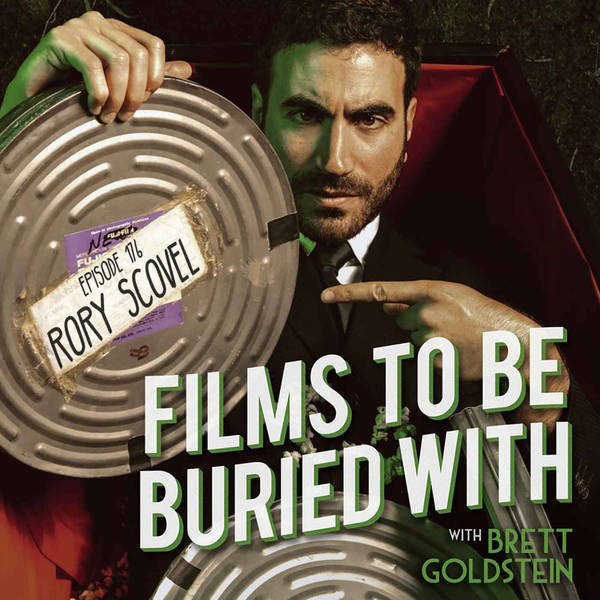 Rory Scovel • Films To Be Buried With with Brett Goldstein #176

Join your host Brett Goldstein as he talks life, death, love and the universe with the hilarious comic and actor RORY SCOVEL!

Rory’s been putting in work for years now, and you may have been introduced to him through a number of podcast portals or maybe starring roles in films and series, but it’s now his very special time with Brett to catch up on all things life and film! A perfect opportunity to get to know Rory better, as he brings us up to speed on his new Apple TV show Physical, his various acting roles, improvised comedy and his week long run doing just that, the comics’ energy radar, a very moving grief bookend in Rory’s life, crushing at a dinner party vesus bombing on stage, Quackenbush by name and a large amount of addictive riffing in between. You’ll also be quoting Rory quoting his mate’s dad - “I love shit like this!”.