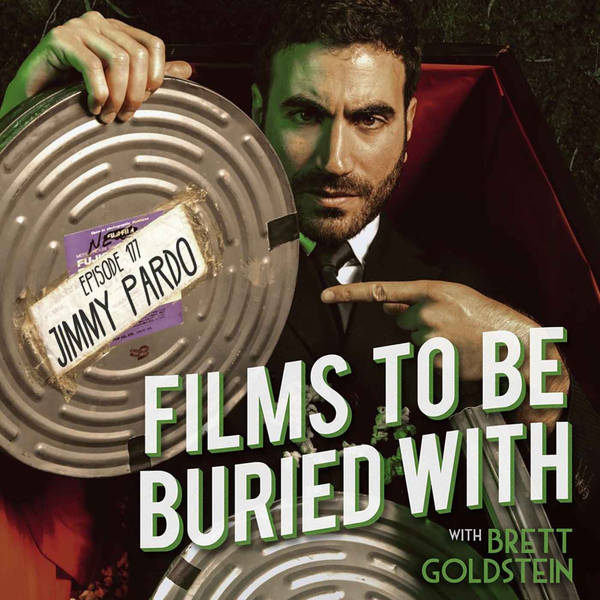 Jimmy Pardo • Films To Be Buried With with Brett Goldstein #177

Join your host Brett Goldstein as he talks life, death, love and the universe with the wonderful standing up comedian, podcast pioneer and Chicago (the band) fan JIMMY PARDO!

…though he is also a native of Chicago, the place, just to clarify. A lovely episode with Jimmy, who some of you may know from the superb long running podcast Never Not Funny or maybe his standup albums along the way. If not, it’s a perfect intro as he and Brett get into this whole existential cinematic mess we’ve all gotten ourselves into. Tons of bases covered as you would expect, including the (surely relatable) perpetual death thoughts brought on by parenthood, ‘yard’ semantics, brushes with cameo roles, the early Wild West days of the podcast landscape, a unique intro into the world of horror, watching films anew through the eyes of kids, and schoolyard scraps. AND for the first time in FTBBW history, an ending no-one saw coming. A lovely, lively episode which you’ll get a nice charge from. Get your bag of popping corn ready, friend!