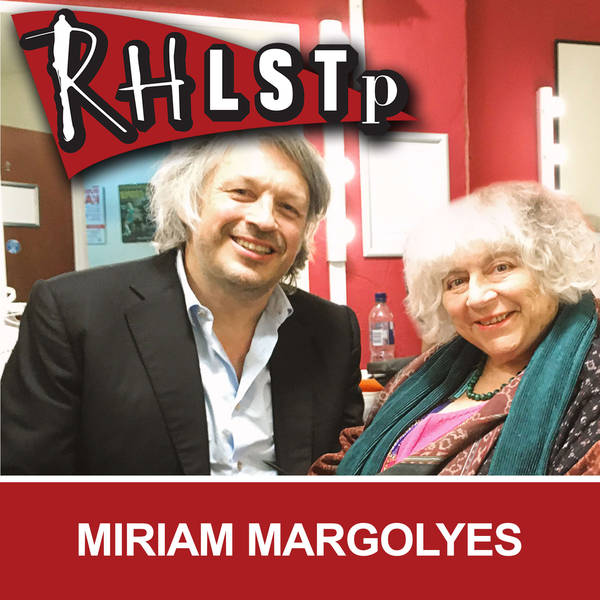 #359 A Face For All Occasions - Richard is in giddy mood as he meets a member of the audience. His guest is living legend and national treasure Miriam Margolyes. They discuss Arnold Schwarzenegger’s farting revenge, King Edward VII’s weighing chair, the sexism of the boys in the Cambridge Footlights, how Miriam’s father’s life was spared by a diamond, an unusual approach to dealing with a sex pest, some strong opinions about the current government, making a soft porn tape, appearing in a Beckett play despite not liking it, starring in an American sitcom and why a lesbian ended up giving so many blow jobs. It’s a stone cold classic RHLSTP from one of our greatest actors. You will love it.

Get Richard’s “Would You Rather?” Book here https://www.gofasterstripe.com/cgi-bin/w.cgi?showfull=47646