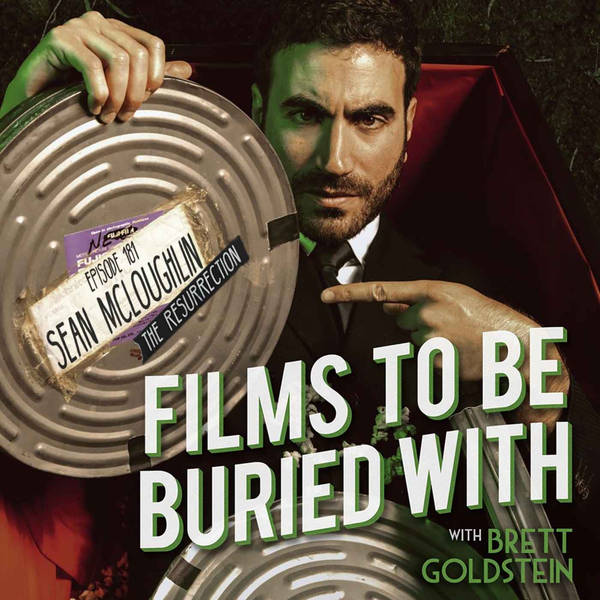 Sean McLoughlin - The Resurrection! • Films To Be Buried With with Brett Goldstein #181

LOOK OUT! It’s only Films To Be Buried With! THE RESURRECTION!

Join your host Brett Goldstein as he talks life, death, love and the universe with very funny comic SEAN McLOUGHLIN!

Be alert and forewarned, for this is the second coming of Sean as Brett had some unfinished business to settle with the rapscallion… A wonderful return where scores get settled and said unfinished business gets marginally less unfinished. Super fun from the beginning, kicking off with some hilarious holiday mishaps and adventures, and including the fun of falling in love, action and stunts, feeling too much in films, and altogether so much more. Between you and me - and I don’t care who knows - this one’s a true treasure. Quick side note - Sean last appeared 150 episodes ago! Imagine that.

* Audio note - there is a slight difference in quality in this episode, but if you let your ears relax into it the content will shine through. The circumstances were unforeseen but thanks for bearing with it. It might be the case in the following episode too, but we should be golden thereafter. Big love. X