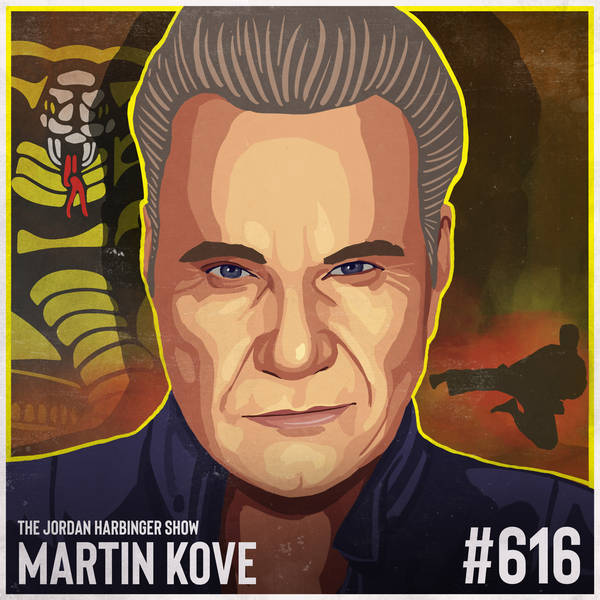 616: Martin Kove | Kicking It in the Cobra Kai Dojo

Martin Kove (@MartinKove) is a prolific actor best known for his portrayal of the evil karate sensei, John Kreese, in The Karate Kid trilogy and Netflix's Cobra Kai series. Be on the lookout as he hosts the upcoming Kicking It with the Koves podcast with his kids Jesse and Rachel.

What We Discuss with Martin Kove: How Martin nailed his audition for The Karate Kid by channeling his anger at not having ample time to prepare for it. Why we need more role models for leadership and personal responsibility in popular culture -- in the western genre, if Martin had his way. How Martin finds common ground with the hard-to-love characters he sometimes portrays in order to make them relatable. Does playing villains for months on set ever rub off on Martin's real-life behavior (and does this tend to work for or against him)? How does Martin look so young and stay in shape as a 74-year-old? And much more...

Full show notes and resources can be found here: jordanharbinger.com/616

Miss the show we did with Jonathan Haidt — the social psychologist who studies the American culture wars and is widely considered to be one of the world’s leading experts on the psychology of morality? Catch up with episode 90: Jonathan Haidt | The Danger of Good Intentions and Safe Spaces!