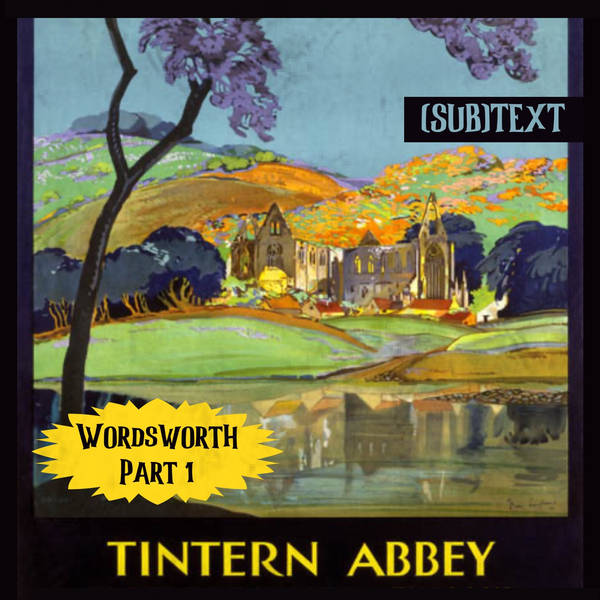 After an absence of five years, the poet William Wordsworth returned to the idyllic ruins of a medieval monastery along the River Wye. The spot was perhaps not so very different from his last visit, but Wordsworth found that he had undergone a significant transformation in the intervening years. In a long blank-verse meditation, he explores the changes that the memory of this landscape has affected on his psyche and the role it played in his now-mature comportment towards nature, impulse, and desire. What can Wordsworth’s poem teach us about our own relationships to the natural world? Can Mother Nature truly exert a parental influence? Can nature even make us better people? In this Part One of a two-part episode, Wes & Erin discuss the first three stanzas of Wordsworth’s 1798 poem, “Tintern Abbey.”