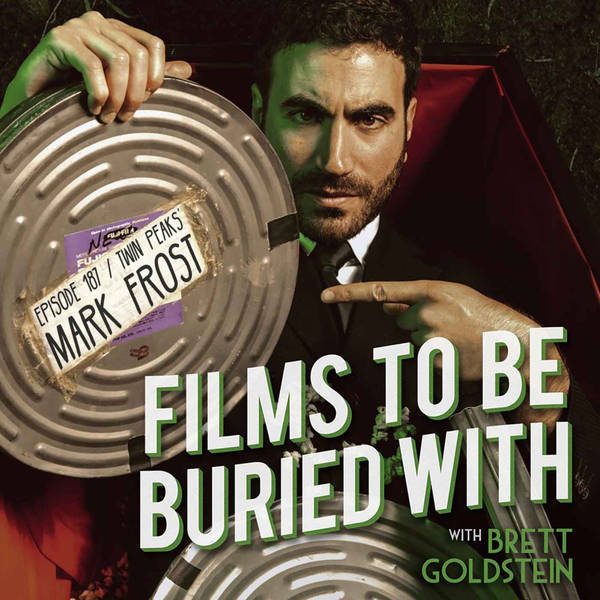 Mark Frost • Films To Be Buried With with Brett Goldstein #187

My my… From some of the earliest episodes of this podcast you will have clocked that Brett is - let’s say - more than a little interested in the Twin Peaks franchise. And why wouldn’t he be - it’s a gift that keeps on giving and a huge cultural highlight in serial viewing which opened a huge amount of doors in television to follow, creatively and otherwise. So what a treat it is that Brett now speaks to its co-creator Mark Frost, who worked with David Lynch (and of course, the immaculate cast) in creating one of the best pieces of television in decades. Without harping on too much, just know that this one’s a proper goody, and nuggets of gold are contained within so please do take some time with it and enjoy. Whether you loved or are oblivious to Twin Peaks and Frost’s other work (including a stint on Hill Street Blues to name one), you will get a lot from this one. And Brett will be so happy too. Bless him. Damn fine episode. X