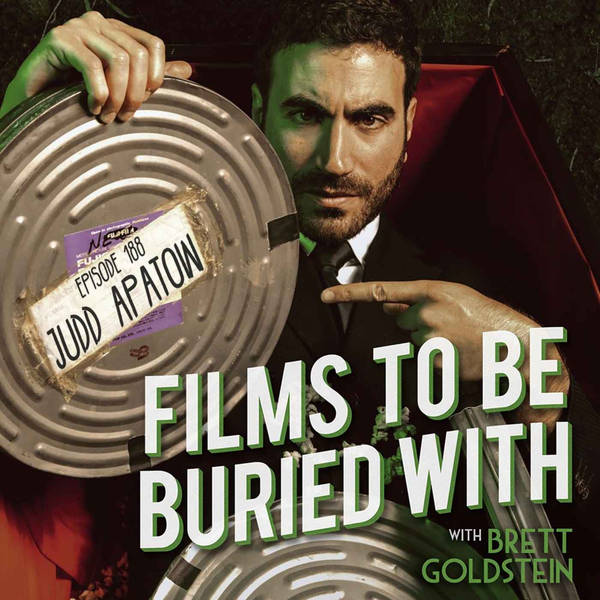 Judd Apatow • Films To Be Buried With with Brett Goldstein #188

Judd is an unstoppable force behind a huge amount of cinematic and streaming greatness over the past decades, and you will surely know his work even if you are yet to be acquainted with the man himself. Superbad, The 40 Year Old Virgin, Bridesmaids, and so many more, Judd’s had a part to play in it all. So you can expect a deep, anecdote filled and wisdom topped banger of an episode right here, friends - and just have a quick glance over on IMDB to knowledge yourself before listening - the list is strong… Tons to enjoy as you’ll soon find out, so indulge!

Check Judd's book 'Sicker In The Head' too!