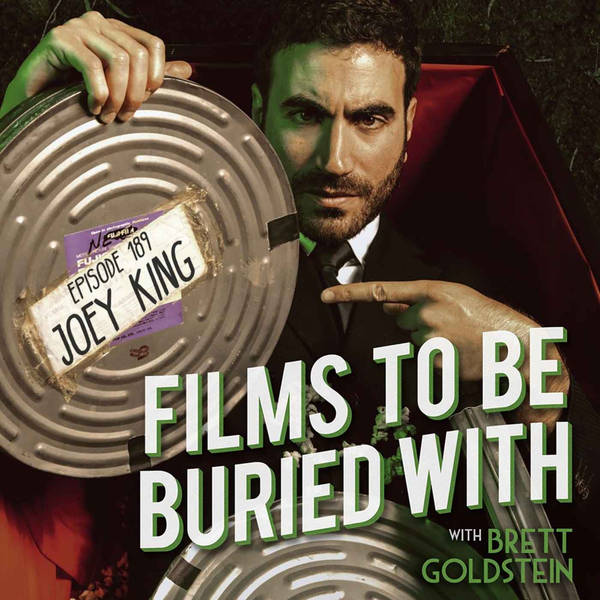 Joey King • Films To Be Buried With with Brett Goldstein #189

Join your host Brett Goldstein as he talks life, death, love and the universe with one of the busiest actors in the game, it’s the wonderful JOEY KING!

Joey’s been acting seemingly non stop since the age of four years old - an incredible feat and true display of reserve, energy and skill to have been doing it solid for a couple of decades since. This episode is such a delight, and a perfect chance to get to know her in a genuinely giddy and fun setting. Everything from eerie on set happenings, reincarnation puzzles, favourite relatives (jk), a dog named Jesse James (who you’ll meet, dont worry), DVD binders, unique answers which are episode debuts, Disney character reveals and brisket. Plenty of brisket. So much that the word won’t make sense anymore. A beauty of an episode, enjoy!