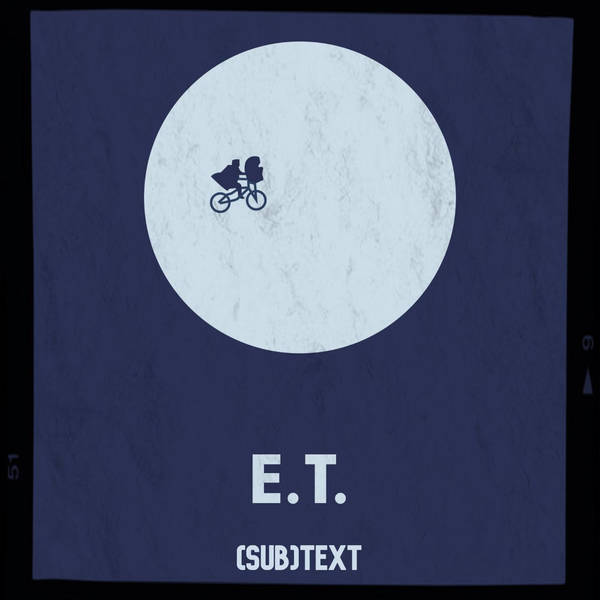 Stephen Spielberg once said that he was “still waiting to get out of [his] Peter Pan shoes and into [his] loafers.” Being a filmmaker, he said, was his way of remaining a child. Sort of. While his film “E.T.” is told from a child’s vantage point, it does not completely honor the wish to remain there. Like the alien he befriends, Eliot has been abandoned. And to this, many of us can relate. But in the end, the point of phoning home isn’t to get rescued by adults, but to avoid—even as we succumb to the responsibilities of adulthood—alienating our childhood talents for imagination and play.

Thanks to our sponsor for this episode, Buck Mason. To get a free t-shirt with your first order, head over to buckmason.com/subtext.