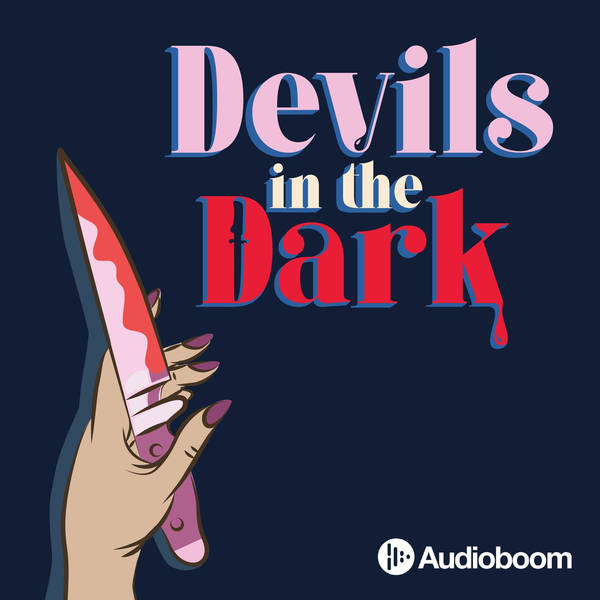 6: Tracie Andrews, the femme fatale killer who tricked the nation

Helen Anderson and Danni Howard travel back to just before the millennium to delve into the mind of Tracie Andrews, the femme fatale killer who tricked the nation. After murdering her partner Lee Harvey in a vicious and frenzied attack, she used her charm to lay blame on a ‘fat man with staring eyes’, promoting the police to launch a search for a man who never even existed. Expect arguments of volcanic proportion, enough charm to fool a press conference (almost), and an attack that could never be forgotten. Devils in The Dark contains graphic details of sexual assault and violence and is not intended for all audiences. Listener discretion is strongly advised.
00:00 - Introduction 05:31 - Where Tracie’s story begins 09:43 - Tracie the model 11:04 - Tracie Andrews meets Lee Harvey 15:10 - The murder of Lee Harvey 24:33 - The press conference 33:03 - Witness statements 38:46 - Tracie overdoses on pills 41:00 - The trial of Tracie Andrews 48:27 - Outro
Follow Helen Anderson at @helenanderz and Danni Howard at @thatdannihoward. Special thanks to Woodcut Media. See audioboom.com/about/privacy for privacy and opt-out information. Produced by Alexandra Jueno at Audioboom Studios.
If you have been affected by any of the themes in this week’s episode please consider contacting the following resources:
The Samaritans helpline: 116 123 Refuge domestic abuse helpline: 0808 2000 247 (live chat is also available at https://www.nationaldahelpline.org.uk/Contact-us *times apply) Safeline domestic abuse helpline: 01926 402 498  Safeline national male survivor helpline: 0808 800 5005