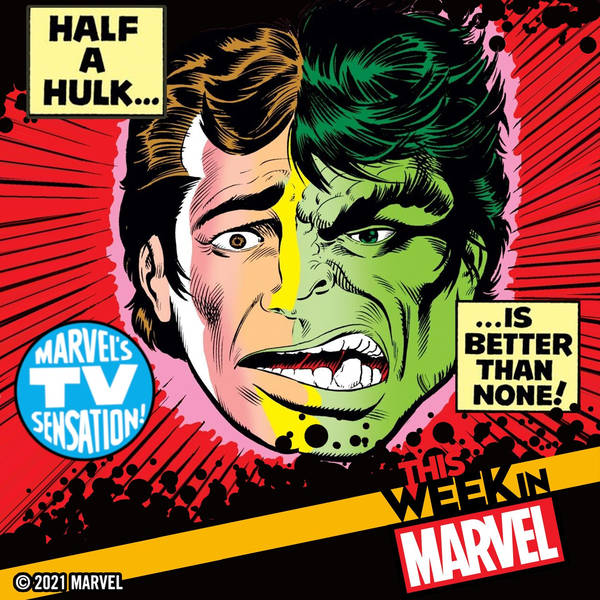 In a huge SMASH of an episode, Ryan and Lorraine give an exciting update about the Hulk comics and go back in time to talk about the 1978 TV series The Incredible Hulk with creator and executive producer Kenny Johnson!

They also talk about the huge Moon Knight announcement, the premiere of Marvel Studios’ Loki, the arrival of the Hellfire Gala, and give an update on Marvel Studios’ Thor: Love and Thunder. Plus, some games news from Future Revolution, Puzzle Quest, and Contest of Champions.