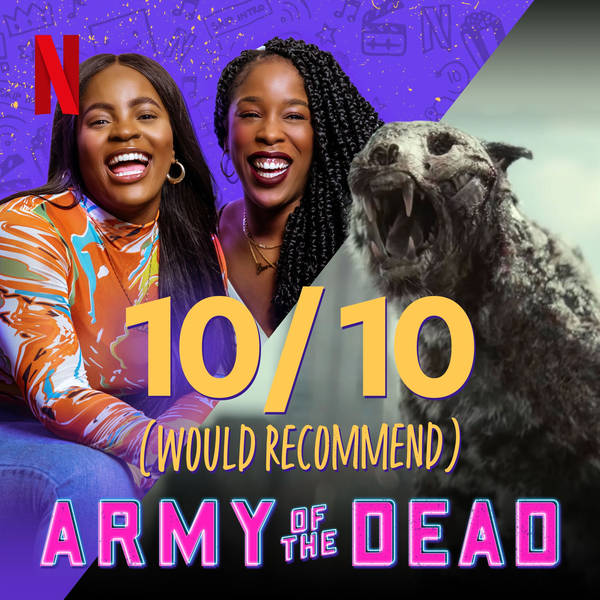 The behind the scenes SFX secrets of Army of the Dead

'Army of the Dead' is the huge, bombastic Zombie Heist thriller from Hollywood legend Zack Snyder. Some people throw the kitchen sink at their movies, but here, Zack has made Michael Bay look like Chloe Zao. Starring Dave Bautista, it is dripping in technicolour swagger, blood, guts and a freakin' zombie  tiger.

It tales a special someone to realise the epic vision of Snyder - and here, Justin Raleigh is that man. The Emmy winning sfx supremo - who's worked on Aquaman, Westworld and Suicide Squad tells Tolly and Gena just what went into making all those zombies...

As well as 'Army of the Dead', the girls also recommend these titles, available to watch right now: